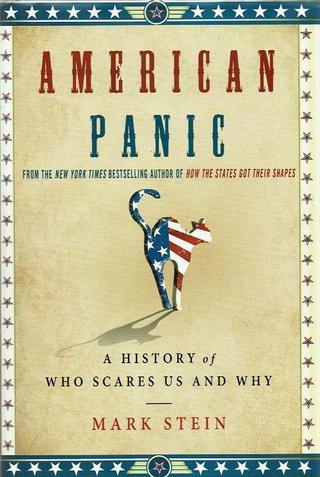 Political panic, the irrational fear that one’s government is in danger, is by no means unique to any country. In America, it dates back to the 1692 Salem witch hunt, though conceivably earlier panics may have occurred among Native American tribes. The panic that began in Salem commenced after seizures suddenly afflicted three girls, ages nine through twelve. When the colony’s physicians could not explain it, fear arose that sorcery was taking place in Salem and endangering its Puritan rule. After the first suspect was arrested and charged with witchcraft, a capital crime, more accusations quickly followed, many of them leveled by individuals who stood to gain from the conviction of the people they accused. In little over a year, nineteen colonists were executed, eight others awaited execution, fifty awaited sentencing, and 150 still awaited trial when the colony’s governor ended the proceedings by fiat.

What happened in Salem over 300 years ago continues to reverberate in the United States. “Witch hunt” remains a phrase in the American vernacular, ensconced in our dictionaries as an investigation of disloyalty based on unverified facts and public fear. In other ways, too, the Salem witch hunt entailed elements of political panic that have continued to contribute to a pattern in American political panic. That there is a pattern in political panic can be seen when William Gribbin, concisely describing today’s Tea Party movement, wrote, “Growing out of neighborhood protest rallies, burgeoning in a climate of hostility toward established politicians…[it] soon became an organized political force. It fostered a raw democracy, attacked every hint of special privilege, and so drove even its foes to emulation.” The pattern emerges from the fact that Gribbin was not writing about the Tea Party. He was writing about the Anti-Masonic Party, an early nineteenth century movement barely remembered today.

An element regarding the present-day Tea Party that echoes an element from the Salem witch hunt surfaced when Washington Post commentator Susan Jacoby wrote in the paper’s October 20, 2010, online edition, “All of the Tea Party/Republican candidates this year are ignorant.” The statement did that which statements by Tea Party adherents frequently do: stereotype a group of people. In so doing, the statement entered the realm of panic by doing that which it fears. Similarly, during the Salem witch hunt, one of the townspeople urged a slave in the community to prepare a “witch’s cake,” a confection made with urine from a person whom the devil has possessed and then fed to a dog. The dog’s ingesting of the cake was believed to cause the devil to spit out, from the possessed person’s mouth, the identity of the devil's agent. Here, too, panic resided in doing that which one feared; in this instance, fearing that sorcery was endangering the community, the townsperson engaged, via the slave-made “witch’s cake,” in sorcery.

This book seeks to illuminate such elements that form this recurring pattern in American political panic. It seeks to light a candle rather than curse those who curse the darkness since, as the pattern to be unearthed will show, none of us is immune from political panic.